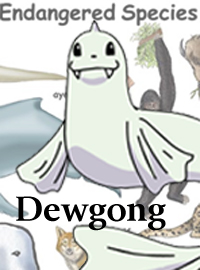 The Pokémon Dewgong has been to added to the Endangered Species List.
Related Topics

WASHINGTON, D.C. – The Pokémon Dewgong, a white sea lion like creature, has been added to Endangered Species list the by the International Union for Conservation of Nature.

The creature has been hunted to near extinction in recent weeks as a result of the popularity of the Pokémon Go game.

“In a lot of ways Pokémon Go has been the worst thing to happen to this world but it has been specifically terrible to the poor little Dewgong,” said Pokémon scientist Kellie Peters. “Those poor little cute creatures. They’re basically defenseless, much worse than Magikarp. Assholes are running around catching them and then forcing them… to… sorry, I just get so emotional… but, (Dewgongs) are being caged in peoples phones and then they are forced to fight! Have you seen a Dewgong? Have you seen how cute they are? It’s horrible! It’s not like they are ugly, dumb animals like the Rattata. Those things could disappear off this planet and no one would give a shit. But the Dewgongs… those are special. Cute and special.”

While exact numbers are difficult to determine, Pokémon experts estimate that there may be as few as 10 Dewgongs left in the wild. Prior to 2015 there were an estimated 200,000 living Dewgongs in the wild.

“Just last month, you couldn’t walk 10 feet without running into one,” said Rusty Denkiss, resident of Columbia, South Carolina. “I hated those things. I mean they’re absolutely worthless. They’re not even good eating. They’re all gristle. That’s really all that’s kept the animals around so song. But now with the Pokémon Go game people have a reason to catch the little fuckers. Too bad they can’t fight for shit. And because they can’t fight and because they are pretty easy to catch, well, you for yourself a recipe for extinction. Just like the dodo or the Pawdug.”

“We’re hoping that by putting Dewgongs on the protected list we’ll be able to help the population come back to a respectable number,” said Dewgong reproductive specialist Gail Zeeks. “We do have history on our side. Take a look at the Staryu. Just two years ago there were only an estimated 17 left in the wild. Now their numbers have dipped a bit in recent weeks, but before the game was released there were over one million known. We hope that we can do the same now with the Dewgong. We just have to find a male and a female and hold them at gun point until they reproduce… a lot.”

Many Pokémon Go players are furious over the Dewgong’s new endangered status saying that the creatures are needed to complete collections and for possible battles with other players.
“This is complete bullshit,” said Mark Jardiance, a Pokemon Go player from Pittsburgh, Pa. “Right now I’m sitting on 112 Pokemon. I’ve got a fucking Pikachu. I’ve got a Charizard. I’ve even got a Mewtwo, even though it hasn’t even been released in the US yet. But I don’t have a Dewgong yet and now some assholes after telling me that I can’t catch one? Fuck that noise. I don’t care what some asshat bureaucrat says, I’m going to throw a Pokeball so far up the next Dewgong’s ass, it’ll have no chance of escaping.”

gotta extinct them all